My ski plans for last Monday were derailed by a sick kid and I spent most of the day watching the movies with a feverish boy.  The movie Frozen was actually the closest I got to experiencing winter.  Sometime in the afternoon, I hatched a plan to ski by the light of a nearly full moon and convinced big Lars it would be a good idea.  He was game but wanted to ski the Tolcat Couloir between the Olympus summits.  I was game with his game but wanted to ski from the actual summit.  At night, this would force a rappel to the saddle but he was still excited about the whole hair brained plan.

We started up the summer trail around 9 PM, summited around 11, and then took in a spectacular hour high above the city shooting photos and dealing with a 60 meter rappel to the saddle.  On top, it was cold but absolutely still and incredibly quiet, even with a million people at our feet.

Coiling ropes at the saddle, we were pretty psyched to ski a fun line in fast hero powder by the light of the moon and a million lights below.  Our small headlamps became superfluous.

The dreaded exit was manageable with a smile and by 1 AM, we were walking in boots out the lower section of the summer trail, incredulous at the mini adventure that we stole from our bank of sleep.

We were both pretty fried the next day at work but agreed to burn it late again soon. 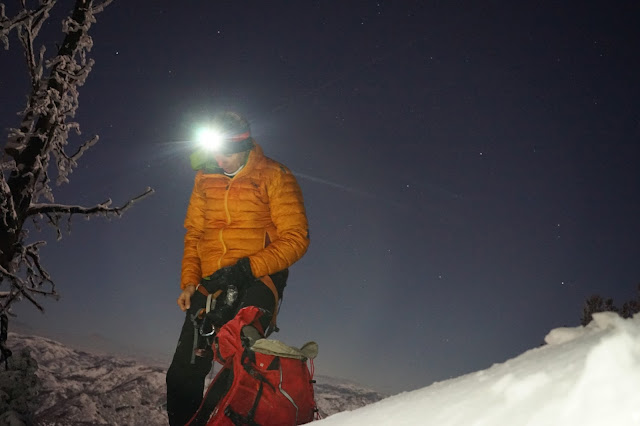 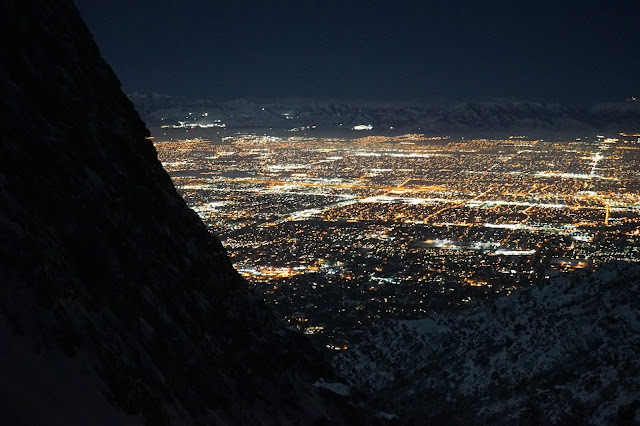