The Trail Above Provo

Yesterday, I joined Noah Howell and Court W Pace on an ill fated (for me) attempt to traverse the peaks above Provo from Coral Mountain to Timp.  I had wanted to run up to the Tetons for some alpine scrambling but couldn't justify the time away.  Instead, I was conned into attempting this long run/hike/scramble/bushwhack even though I've only been back on my feet for a week after a summer on the bike.  In turn, I convinced Jason to join as well and off we went into the Provo sky.

This was really Court's baby and he was the one with the impetus to keep the pace honest.  Jason and I brought real cameras and a lot of apathy.  Noah was his usual cheery self and the entire day was enjoyable, or at least as enjoyable as thousands of feet of briars, stinging nettles, and poor footing can be.

We dropped a car in Provo Canyon, with a cooler of drinks and food, and then drove up the Squaw Peak road from Hobble Creek until finding the trail leading to Coral Mountain (Thanks Jonah for the shuttle!).  From there, we intended to traverse the ridge to the end of Cascade Peak, descend to Provo Canyon, and then climb and traverse the entirety of Mount Timpanogos.

Jason and I made it half way.  The real men marched onward into the night and finished it off with panache.  Jason wanted to spend time with Amanda, which is understandable.  My excuse was that I didn't want to end up broken like I did two years ago when I put in too much time running too quickly after a season on snow.  Really, I was just satisfied with the outing already and happy with how my body held up over the previous nine hours, and I was tired.  Kudos to Noah and Court for keeping the stoke high and getting it done! 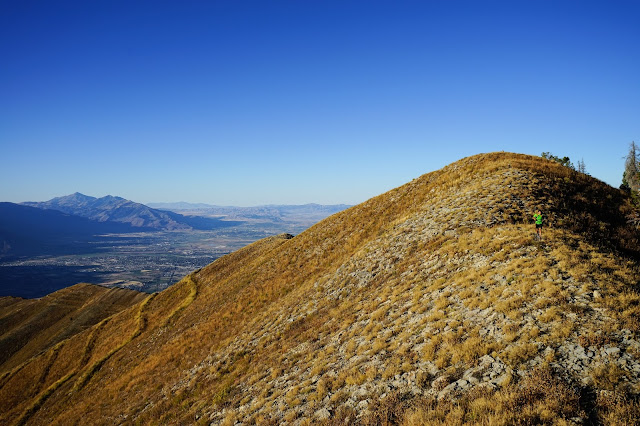 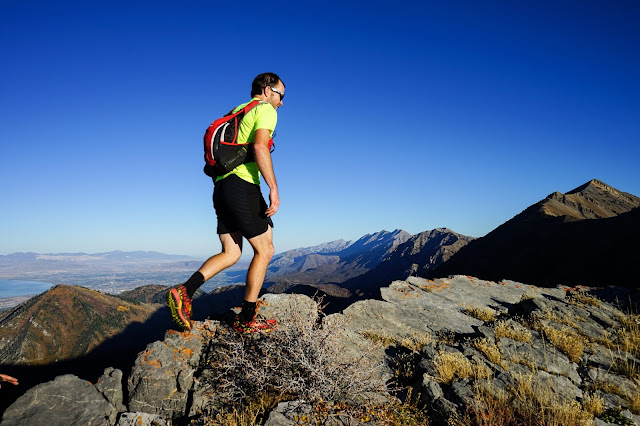 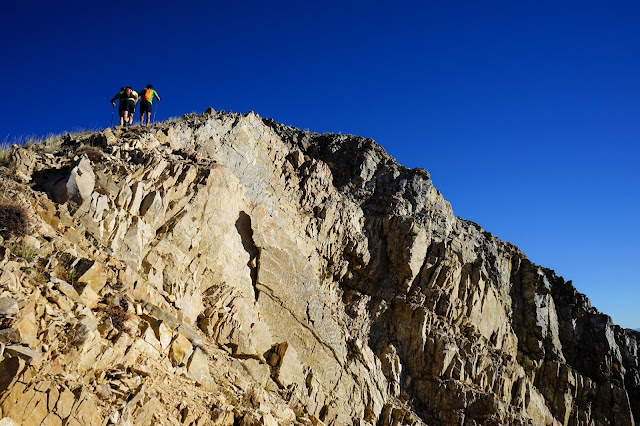 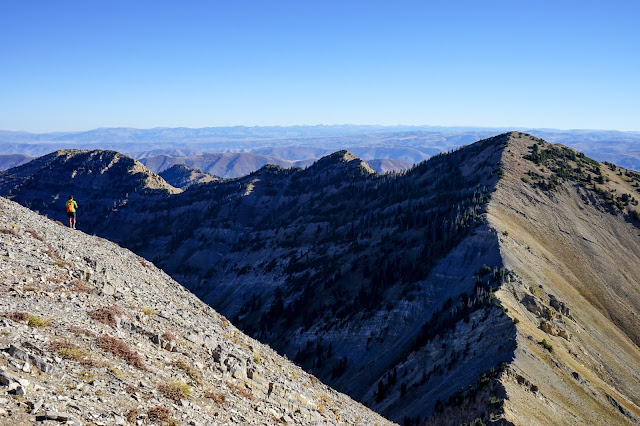 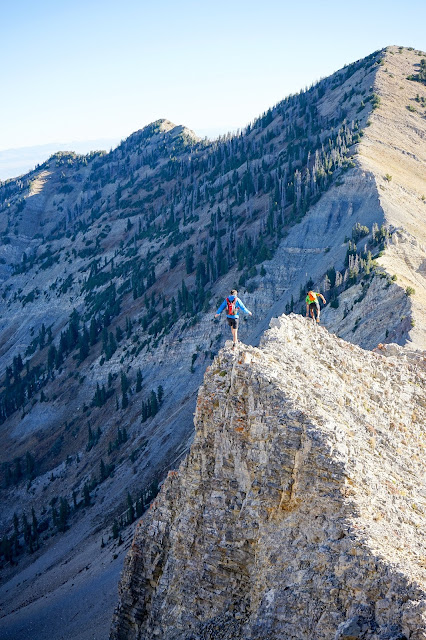 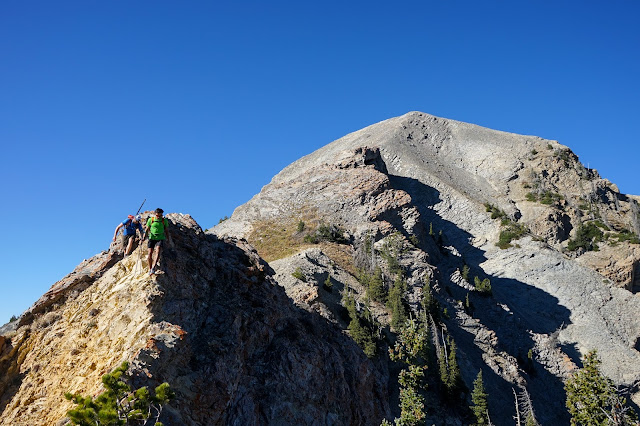 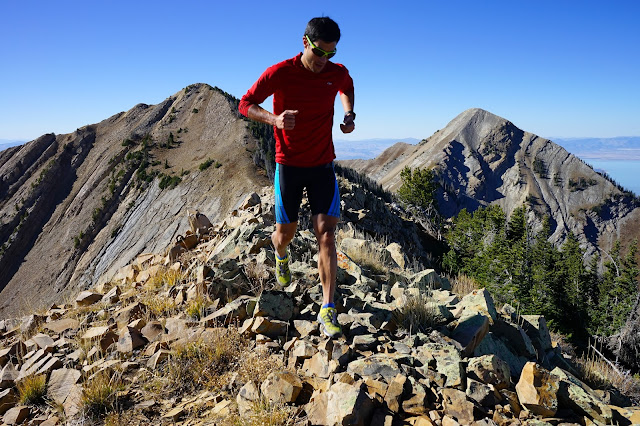 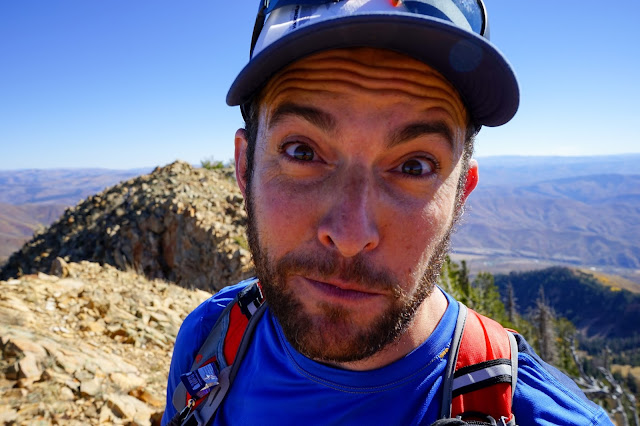 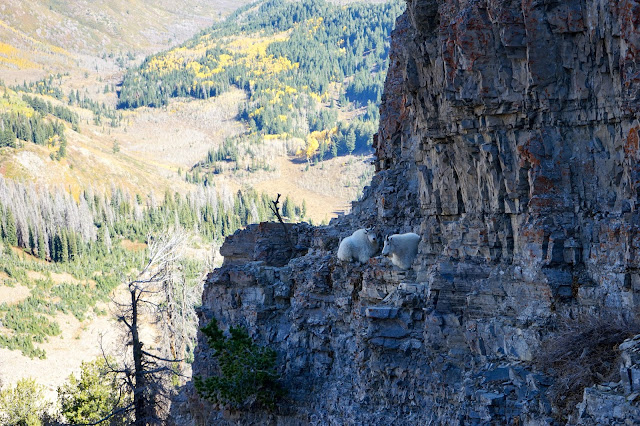 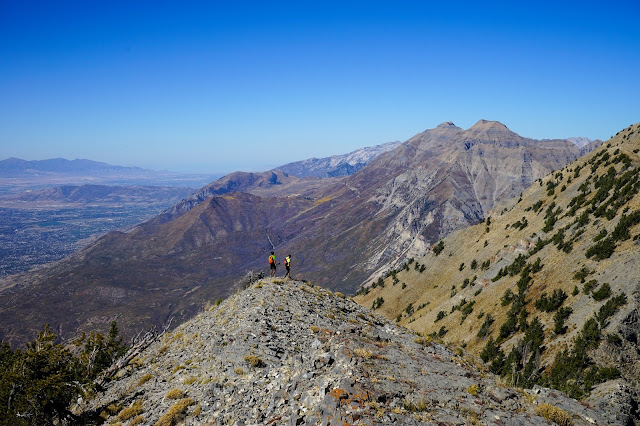 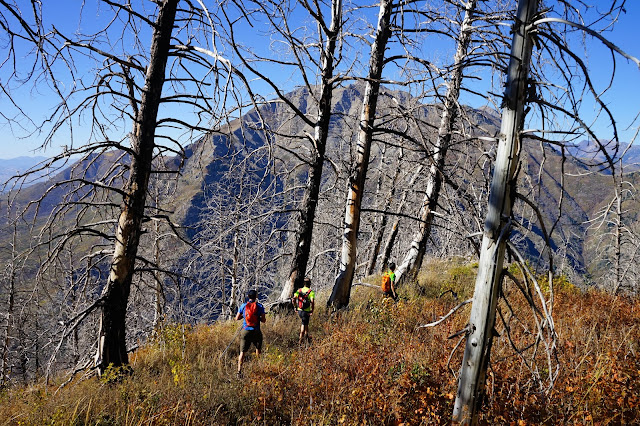 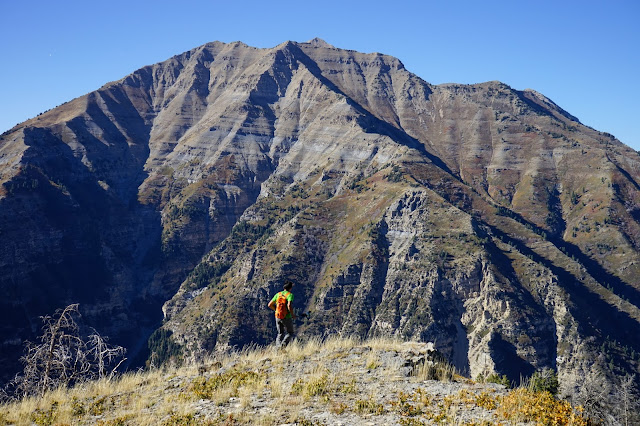 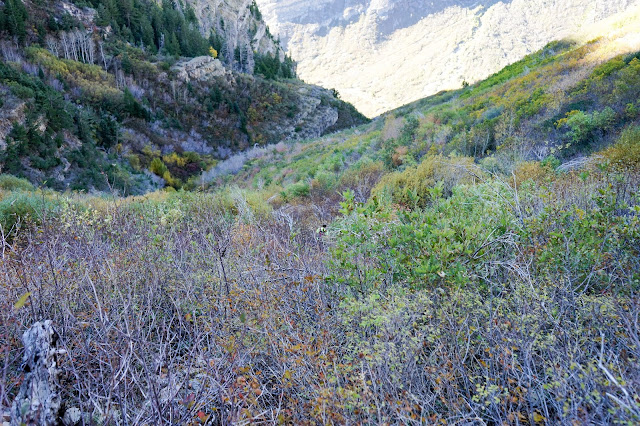 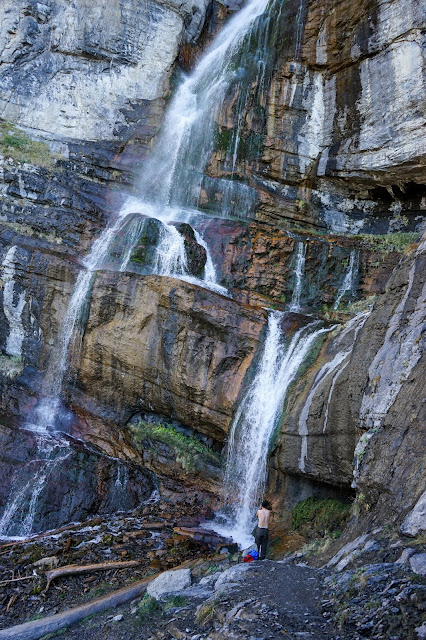 My day ended after about 15 miles, 7000 up, 10000 down.  It was much slower and more rugged than expected but maybe that's because I'm used to pavement and smooth trails right now.  Also seen on the move were about a million sweet looking ski lines and roughly a dozen mountain goats.
Posted by SLC sherpa at 9:58 AM No comments:

A couple weeks ago we went to the Oregon coast for some mellow family time.  The boys had never been to the beach and were quite enamored by the sand.  Over the past ten years, I've been constantly trying to improve at something and my activities are very goal driven.  This week was the first time in a while that we wandered aimlessly.  It felt very much like holiday vacations of years past when home from school where we felt a lazy happiness in the moment.

I did also rent a bike and punish myself daily though. 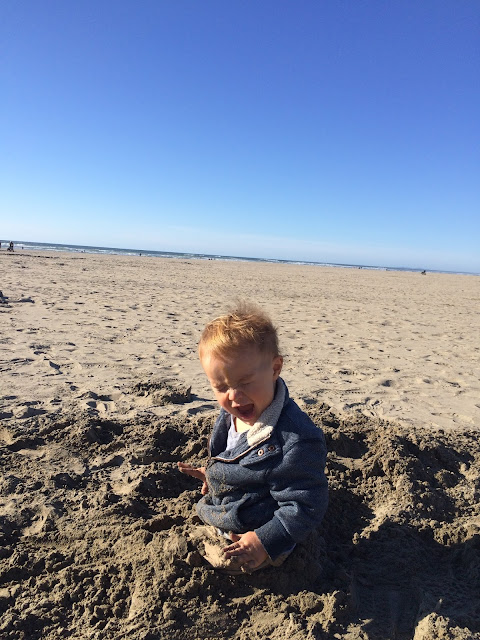 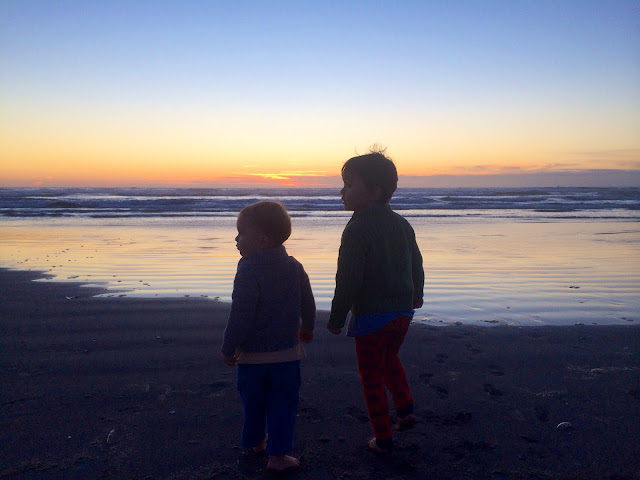 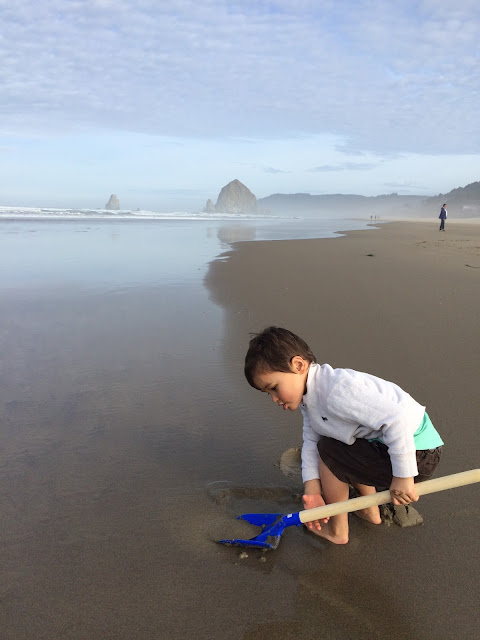 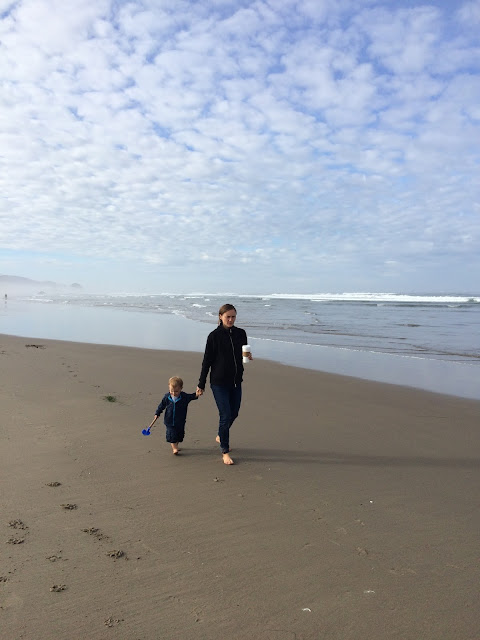 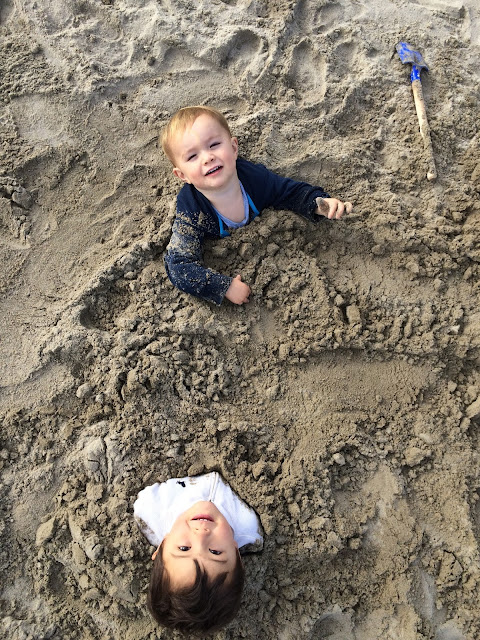 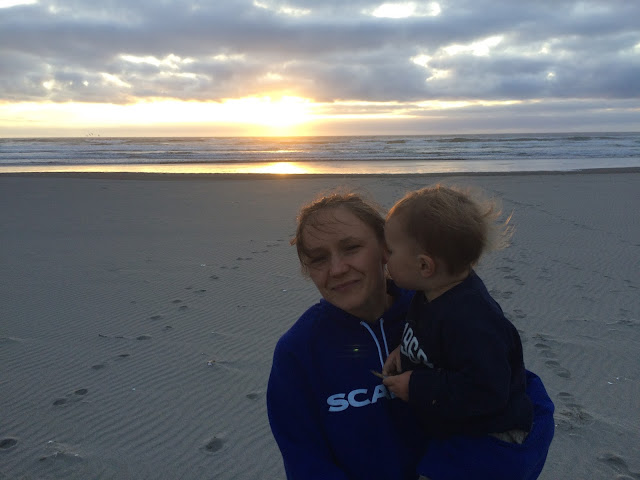 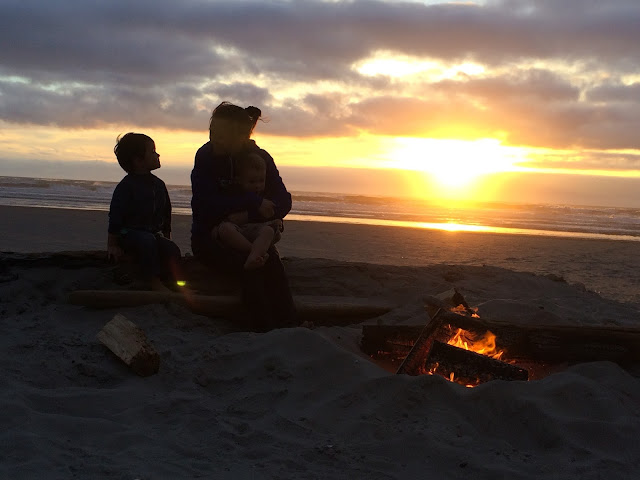 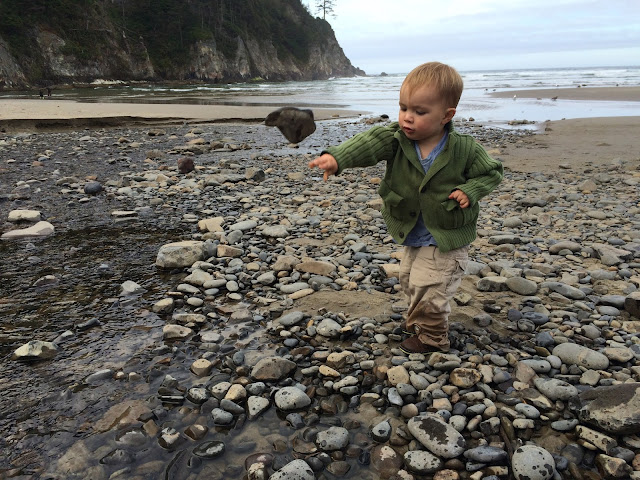 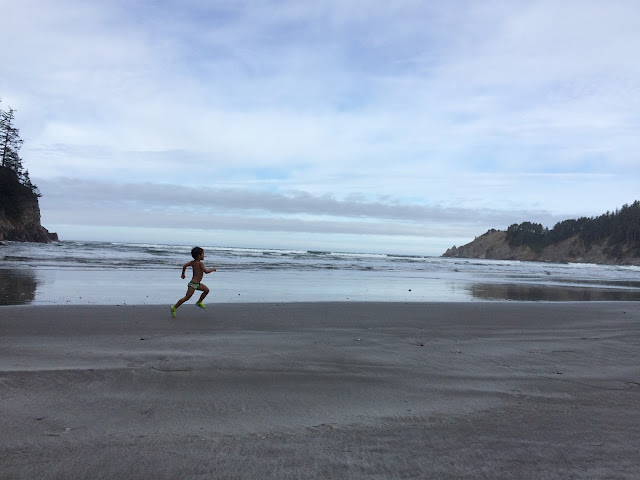 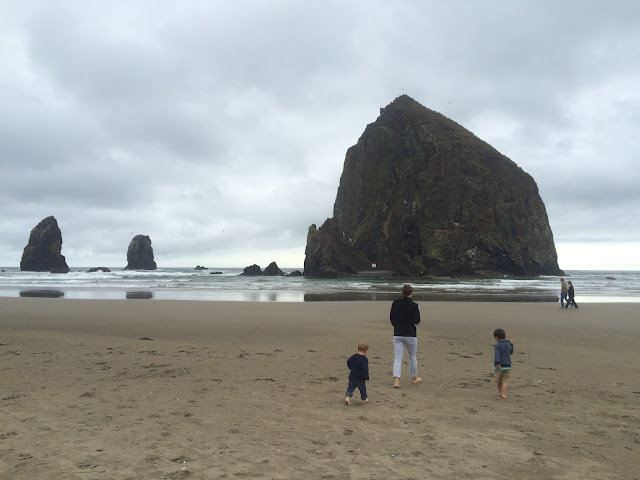 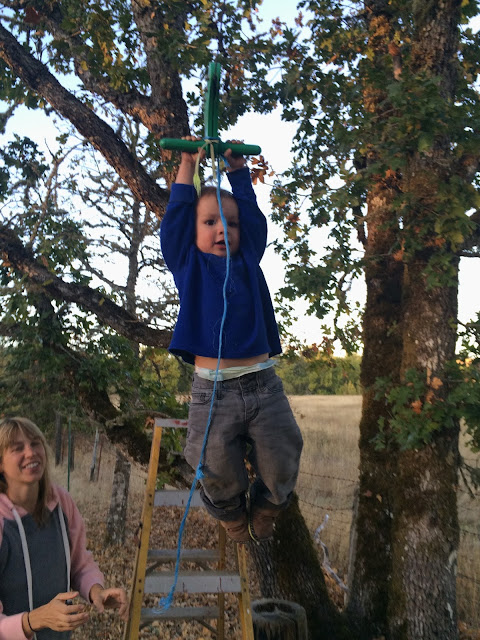