The word has been floating around that there's a new route (and only route) up the tiered ~2,000 ft south face of Squaw Peak. Making up the north side of Rock Canyon, and serving as an ornament above Provo, Squaw Peak has triggered the imaginations of many a climber. Once out of the lower reaches of the canyon, the rock type is predominately limestone, solid in areas, but typified by choss upon choss. Thus, trad attempts on the south face have been few and likely foolish, lucky not to end in tragedy.

So for years everyone has thought it, but in 2008, along comes some local kid with a drill and some big ideas to put a 2000 foot sport climb right up the limestone steps. After a couple partners, drills, and years, the product is complete. Named Squawstruck, the route is 1,900 ft, grade IV, 5.11-, and 22 pitches long. More information about the route and its history can be found here and here. 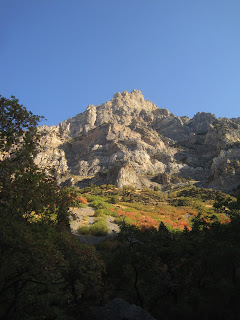 The route begins at the foot of the lowest buttress in the center of the photo and works its way up the tiered cliff bands, slowly working right before ending about 10 feet from the tippity top.

So Friday night I found myself without a plan or a partner for an adventure on Saturday. A text to little brother Sam solved that problem. The plan was to meet at 9:00 am after Sam got off his overnight call shift, blast the climb, and make it down so I could sleep a bit before my overnight shift. Interest grew, and soon our party of two became a party of 5 as Sam's little brother (my little little brother), his fiancee, and Lucas decided to join us.

As two roped parties of 2 and 3, time suddenly became a factor. To mitigate that, we climbed all over each other for the first 8 pitches, clipping each other's draws and leapfrogging up the climb. This was made easy by the huge belay ledges and relatively clean rock. 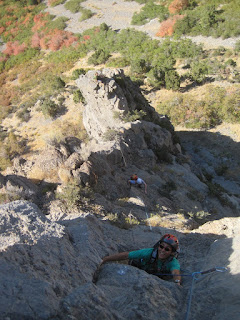 After the first 8, Lucas and Anne were ready to head out so they stole a rope and Sam's heart and bid us adieu. 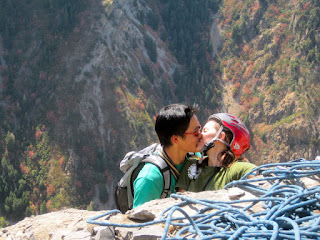 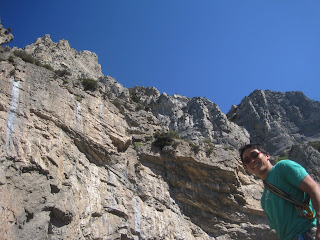 About half way up there is a small cave that provides about the only shade on the whole route. I hid from the sun while Aaron belayed Sam. 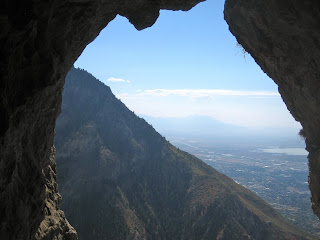 Here's a look down from the crux of the whole route. It gets fairly steep here but the difficulties are over quickly and the pitch is short. 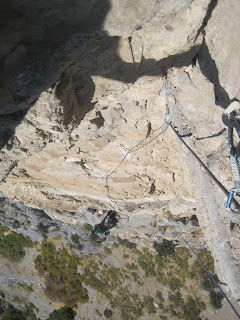 Sam firing the next pitch...still a bit steep. 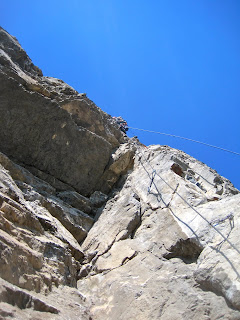 A look up canyon at Provo Peak. 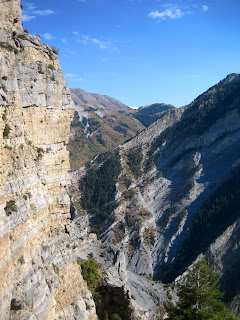 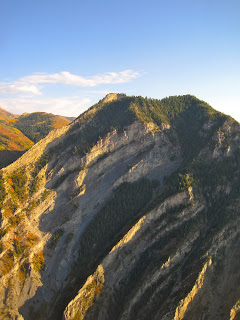 Aaron, after topping out, is putting away the climbing shoes for something a little more comfortable. 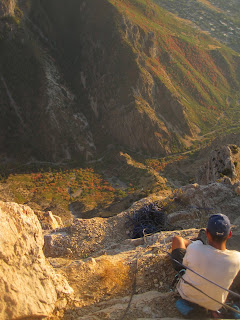 Sam coiling the rope for the last time. 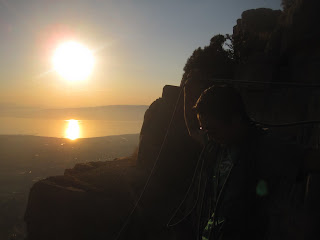 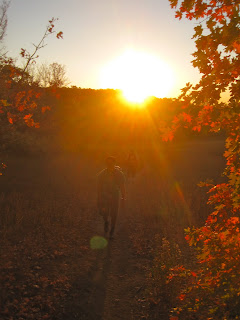 Not wanting to carry a pack, I had a one liter Nalgene on my harness. Luckily, Lucas brought some Gatorade for the first 8, and Aaron was kind enough to share some sips from his hydration bladder. Almost turning into kimchi, I was PSYCHED to find a fountain along the descent trail. 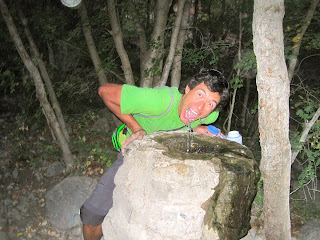 Near the top there is a hidden "summit register" with only about 5 names in it, with one being the FA. The route was just finished near the end of this summer so ours has to be an early ascent. So since it's still new, here are a few thoughts. It's HOT. October 2nd...come on, felt like July 2nd in the sun all day.

The rock is still pretty chossy on the upper pitches. We had a couple falls as a result of holds breaking. Leading to the next thought - helmets are a must.

At first, the meandering nature was a detractor, but given all the loose rock, I think it actually adds some safety to the route as a party above us was knocking down bowling balls all day but they would harmlessly fall hundreds of feet to the side...until we pulled within a pitch or two at the end and were in their direct line of fire.

The climbing is mostly 5.9ish with distinct cruxes that make the pitches in the mid 10-11 range. There are a couple exceptions that seemed pretty continuous for the entire pitch (mostly in the middle/upper pitches).

It's long. Maybe the climbing felt a lot harder (yea, we shamelessly pulled on a couple draws) near the top simply because of the fatigue factor.

The anchors and bolting were very well done, but some of the pitches seem too short (although I rarely felt the urge to run them together). We did the 22 stated pitches in 20. Tristan's route description is dead on.

The FAs did a ton of work to put together a great local adventure. If it gets enough traffic to clean it up, I think it will be a huge classic (not necessarily for the climbing or the line or the rock, but the adventure). It was great to hike out that evening and then look back up and trace the line that I'd thought about for 10 years but never would have actually put together. Thanks again to Tristan and co.

Another adventure in the bank.
Posted by SLC sherpa at 11:18 PM