Today was a repeat of yesterday, only prettier and with better coverage. Guess the dump dancing is working out. Jared and I put in some intervals down low, skinned up to the Baldy shoulder, bumped into Adam on the way, and found some chopped up powder in the main chute. 1:25 car to car taking it pretty easy for the most part. Unlike yesterday, some other folks snaked the first turns from us. Didn't care though. Even with tons of snow bros out today lingering in the low elevations, it still felt special.

Here are some pics to prove it. 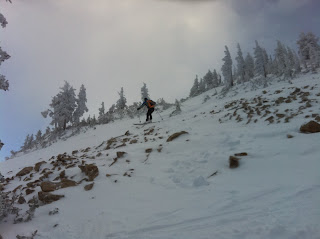 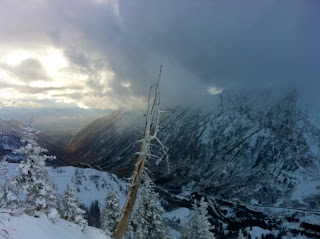 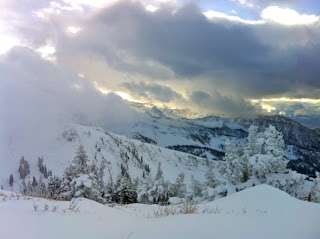 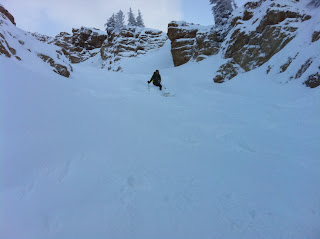 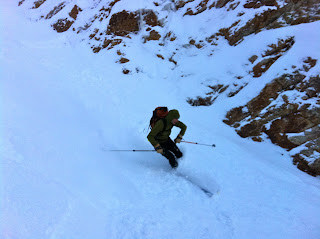 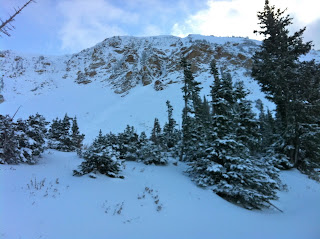 In the last picture, if you look closely you can see that just about every turn is crossed by another track. That was in part by necessity as that sub-ridge has the best coverage over the talus field, and in part just to spite Rando Steve. He seems to get worked up by stuff like that so I giggled every time I crossed Jared's tracks (a lot).

Looks like some more snow tonight before things heat up a bit, then maybe more snow this weekend?
Posted by SLC sherpa at 7:54 PM